Art of Diana Ormanzhi
​About the Artist 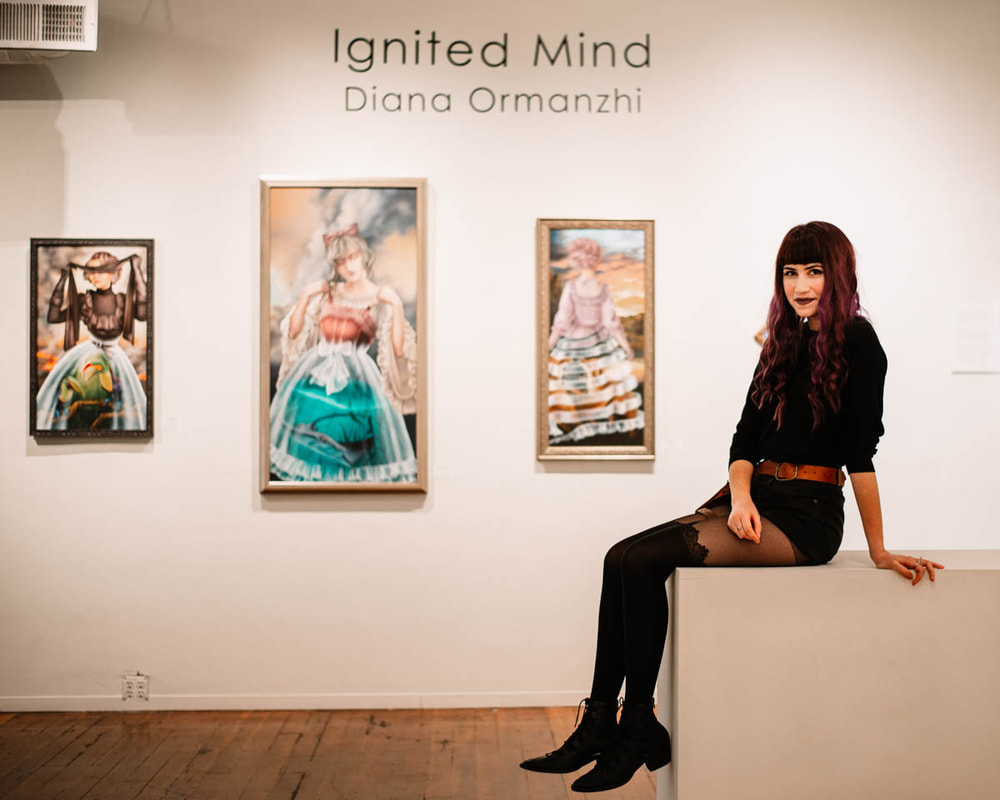 ​          Diana Ormanzhi is an oil painter and illustrator currently living and working in Sacramento, California. Her surrealistic artwork pushes realistic imagery beyond how it is perceived in daily life. Organic forms often clash against geometric elements, fairytale characters are placed in new settings, and science fiction comes to life through her illustrations. Diana's recent work focuses on the coexistence of humans and other living beings on our planet. In particular, she brings attention to how human action impacts our environment and the creatures living in it. Diana's artwork often uses feminine beauty in contrast to harsh surroundings to amplify her message.
Diana has been creating for as long as she can remember, but it wasn’t until mid-2015 that she decided to pick up a brush and teach herself how to paint. Since then, oil painting has been her preferred medium of expression. In 2018, Diana received an Associate’s Degree in Art from American River College and a Gallery Management Certificate in 2019. Diana continues to display her artwork in various galleries and online.
On September 2019, Diana and her family lost their home to a fire with little left to rescue. As an aspiring professional artist, losing her home, studio, and numerous artworks felt like a breaking point, but Diana decided to transform her heartache into motivation and view this as a fresh start. Since then, she has focused on creating a new series of surreal oil paintings for her first solo show "Ignited Mind" which took place during November 2020. Diana is currently in the process of creating a new body of work and can be found painting in Studio 5 at Arthouse on R.
​